Tererai Trent: A Crusader for Education 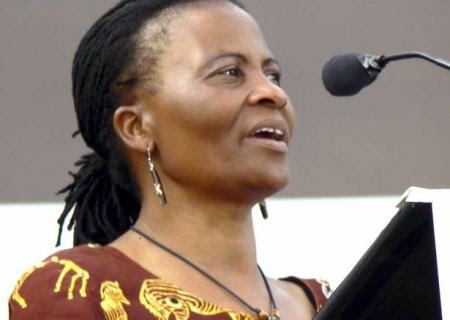 Tererai Trent  is a humanitarian, scholar and motivational speaker, who became famous in 2011 after being chosen as Oprah Winfrey's favorite guest out of the 35,000 she'd had on her show over the years. She grew up in rural Zimbabwe, and her story was told on the Oprah show.

Tererai is also my dear friend.  In 1994 I lived for ten months with Tererai and her children (then she had three) near Mutoko Centre in northeast Zimbabwe, while I conducted the field research for my  doctoral study on Agroforestry and Sustainable Development.  That year Tererai was working for the  Belgian non-governmental organization, COOPIBO, as the resident director of their Agricultural Development Project. We shared and discussed insights on our respective work with farmer groups.  When I returned to Zimbabwe in 1999, PhD completed, Tererai had just left to embark on her own university education in the United States. We did not see each other again for many years, but corresponded regularly by email.

Tererai Trent wrote a Special to CNN article this summer, 2013:  Child bride turned scholar: Education is the road out of poverty...

CNN Editor's note: Tererai Trent is a humanitarian, scholar and speaker. She grew up in rural Zimbabwe, unable to attend school until Heifer International helped her get an education. She now has three degrees, and is founder of Tinogona Foundation.

(CNN | July 4th, 2013) - Eight-year-old Tineyi takes my hand and leads me into her mud-thatched hut in my home village of Matau in rural Zimbabwe. There, in a dark corner of the room, is a wooden bookshelf. Carefully crafted by her father, it protects her word-filled treasures from the smoky fire inside the small hut where her mother cooks. I smile, knowing that her father has recognized the value these books will bring to his little bookworm - a life ahead of her with limitless opportunities.

It was not a life intended for many girls in Africa. As a cattle-herding tomboy, I was bound to follow in the footsteps of generations of women before me: early marriage, illiteracy and poverty. Back then, most kids in my village never had a chance to attend pre-school because it didn't exist. Instead, we would spend hours chasing birds and monkeys from our parents' fields....

Zimbabwean scholar Tererai Trent on breaking the cycle of uneducated women in her family and helping others.


Save the Children tells about Tererai's return to her home village to rebuild the school that started her amazing educational journey:


In May of 2011, a remarkable woman named Tererai Trent from a rural village in Matau, Zimbabwe, was named by Oprah Winfrey as her favorite guest of all time. The honor came with a special gift - a $1.5 million donation from the Oprah Winfrey Foundation to rebuild the Matau Primary School in Tererai’s home village, and improve learning for nearly 4,000 children, ages 4 to 14, in nearby communities.